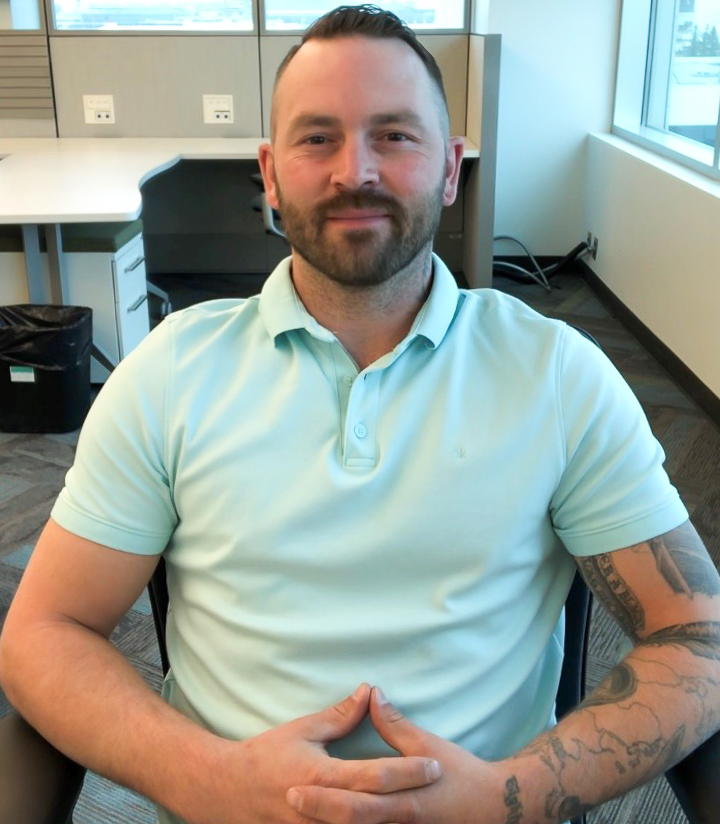 When Troy Mckellar heads to work, he never knows what the day will hold. Among the many things he likes about his job is the element of surprise that keeps him engaged in his role as Property Manager for one of Edon’s largest commercial clients.

It may sound daunting to oversee about 1 million square feet over several buildings, but Mckellar enjoys the unforeseen moments, which recently included supervising the repair of five leaks in the roofs of two large facilities after accumulated snowfall melted quickly.

At times like these, Mckellar is especially grateful to his staff.

“Honestly, I like the people. I like the atmosphere. There is never really a bad day,” he says.

Mckellar has been with Edon Management for nearly seven years, where he says he’s had nothing but positive experiences that have allowed him to grow in his career. He began in building operations, which involved duties such as responding to client requests, performing preventive maintenance and mechanical inspections. Eventually, he was approached by senior management for a larger role.

Mckellar eagerly took on the Operations Supervisor job learning the ins and outs of the client’s needs and specifications. This eventually led to becoming Property Manager, a job he’s had for around 2.5 years and one that added many new responsibilities.

Along the way, he has acquired facility management and real property administrator certifications, both of which helped him gain the skills for the maintenance and operation of buildings in a cost-effective manner. The Property Manager role has him overseeing a six-storey office tower, a couple of large buildings for storing massive machinery, as well as off-site distribution centres.

Mckellar’s team consists of 36 people, mostly in operations and caretaking. And much of the job entails responding to weather-related issues, such as snow removal – or the fallout of a heavy snowfall that caused a leaky roof.

“We are all hands on here,” he says of his team.

Mckellar says his advice for anyone thinking of a property management role is to seek out strong mentors.

“I’ve had a number of them, and I found it to be quite positive. Learning from a couple of different people it gives you a broader perspective,” he says. One person at Edon may approach a project one way and someone else another way. Weighing the various viewpoints allows you to figure out the best way to approach a task or project.

Mckellar describes his job as a bit of a hybrid – he digs into issues the client has brought to his team’s attention, and also spends a lot of time writing reports and programs, and drafting budgets for the client. There are also executive-level meetings to attend where there might be discussions about future opportunities for privately owned real estate or current build and renovation plans.  He’s also responsible for scheduling and working with contractors on various projects and tasks throughout the sites he oversees.

Through it all, Mckellar says, he needs to use his leadership skills while also being prepared to be hands-on.

“My leadership philosophy is based around a number of objectives: primarily leading by example, encouraging and motivating my peers through building a positive environment, setting goals and committing to them, and providing my team with the support they need as well as healthy communications.”

Success at managing client issues on a large scale always depends on keeping the lines of communication open, Mckellar says, with ongoing dialogue through email, phone calls and meetings. Because much of his job includes teamwork, Mckellar stands by this belief:  “Ultimately, being a strong leader comes down to the passion, dedication and commitment that inspires others to harness and propel similar values.”